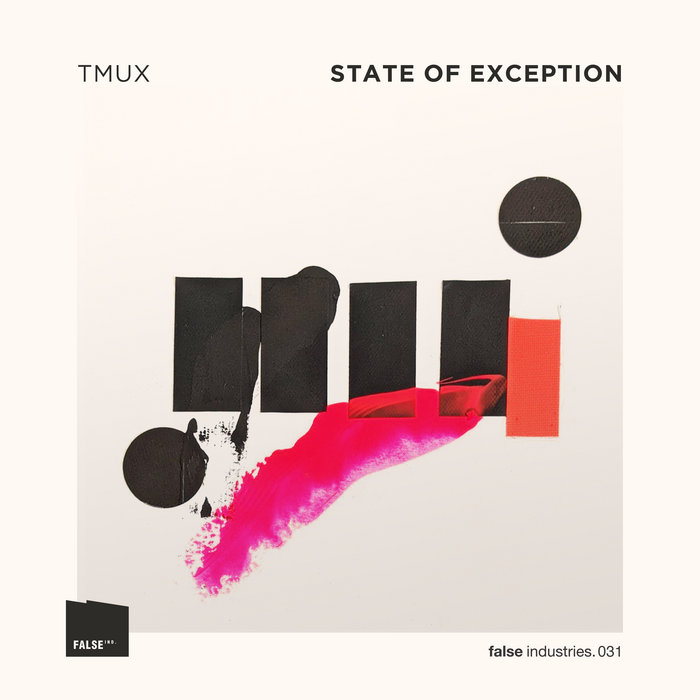 Take a deep dive into the new normality, label boss Yair Etziony, taking the apocalyptic path with a new project that was born in the days of Covid19 quarantine.

TMUX was born deep in the quarantine, Yair Etziony was making music that he felt needed a voice of its own. Normally Etziony deals with ambient, textures and drones, but this record is different. There are ideas and sounds that bring to mind the releases under his own name, but most of the record is about the new, or rather something older.

Back in the 90s, Etziony was DJing a blend of ambient, amen breaks hardcore, electro, jungle, IDM and anything with heavy bass and melodies. Most of the years later he became known for composing dark drones. Somehow the move from Tel Aviv to Berlin re-ignited his love for bass and breaks, and being stuck at his home alone he decided it's time to actually produce some of that music. While listening to the finished album, it struck Yair that he can’t release the album under his own name, he needed a fresh start for a fresh new project and output.

Berlin might be known as techno city, but if you dig a bit deeper you could easily find many connections between those genres that come from the UK (and Jamaica) and the city. The Hardwax and Wax Treatment connection is an obvious one, I could add the drum & Bass events in the Void club or numerous other happenings around the city. Mind you Etziony used to DJ Drum & Bass, 2step, some early dubstep, and grime, and it seems that Berlin and Covid19 pushed him forward to compose and record this kind of music.

At that time Etziony was under heavy stress for various reasons. He had nothing better to do than sit for hours in and make music in his apartment. The tools changed according to the needs, from modular synths to old samplers and plugins.

Taking inspiration from 90s IDM, Hardcore and Drum & Bass, 2step-Garage, heavy drones, and early Detroit techno, Etziony is weaving a narrative, one that is dealing with nowadays crisis but from with 90s and 80s perspective. Using sounds from the past that are still relevant to our present, while changing their meaning. Like in our global society, everything has a double or triple meaning, and disinformation reigns the airwaves and our minds. This is the sound of empty supermarkets and markets, its the sound of empty offices, confusion and fear.


This is not your classic Drum & Bass record, the BPM is lower than the usual, and the sounds bring to mind a weird mixture of artists such as U-ziq, Carl Craig, Basic Channel, Shackleton, Burial, Steve Reich, Ray Keith, and Thomas Koner.

All music by Yair Etziony at The Handwerker Raum, Neukölln Berlin 2020 at the time of the quarantine.

This album could not be finished without the help of Tuvia Kudeshevitz, It is as a celebration of our friendship, Love you man.

I would like to thank: Sivan Zeimer, Sam Shackleton, Martin Maischein, Alec Empire, and Emmanuel Geller.