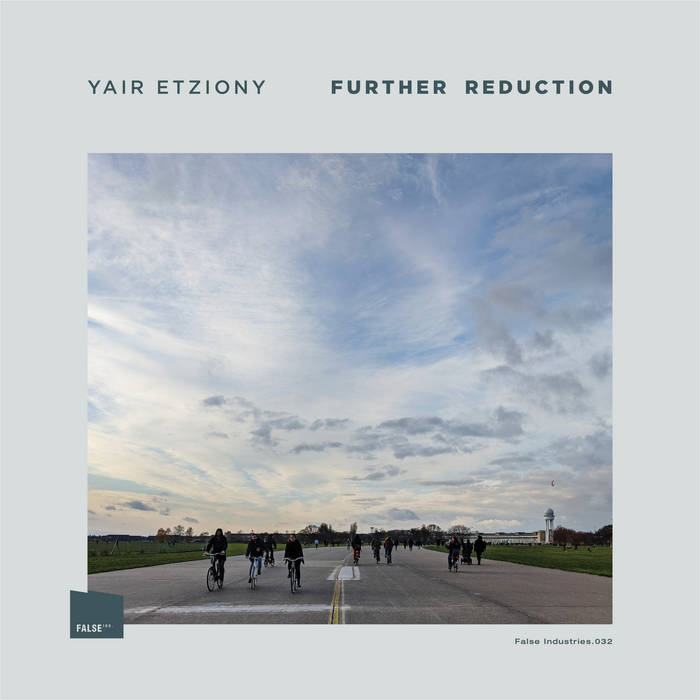 2020 was a crippling year for the majority of us. Through the death, displacement and cultural slowdown, we had to reassess what was important and work out how best to make it through. All art made in this period has been impacted by the shifts 2020 brought on the world, so why deny it? Yair Etziony wrote "Further Reduction" after returning from Israel to his home of Berlin in September last year. In his own words, something in him "snapped" as he realized that many of the places he knew and loved had simply stopped existing.

His response to this was to write music, but retreat from his usual comfort zones. Instead of relying on production trickery, this time he wanted to keep things ``bare bones" and reduced everything he did to a minimum: fewer effects, less reverb and fewer channels. The result is a selection of pensive beatless music that gets to the root of Etziony's interests.

Since the early '00s, Etziony has been producing music under a variety of names, making techno and drum & bass and even psychedelic rock. Now he takes the influence of Thomas Koner and My Bloody Valentine and fuses this with his passion for sci-fi soundtracks and the result is a transcendent reflection on a difficult period. Opening track 'Replicaset' melts Brian Eno's elegiac tones with Steve Roach's otherworldly drone, while 'Polar vortex' builds quickly with waterlogged synth sequences that remind of John Carpenter and Ennio Morricone's score for "The Thing".

"Further Reduction" is a sensual record that reminds of another era of beatless music, when the lines between ambient, industrial, and shoegaze were blurred completely. In reflecting on a period of great disruption, Etziony has found a fresh voice, one that's cathartic, affecting, and unashamedly alluring.

All tracks were composed performed and mixed by Yair Etziony,
at the Handwerkerraum studio Berlin Germany in Autumn 2020.