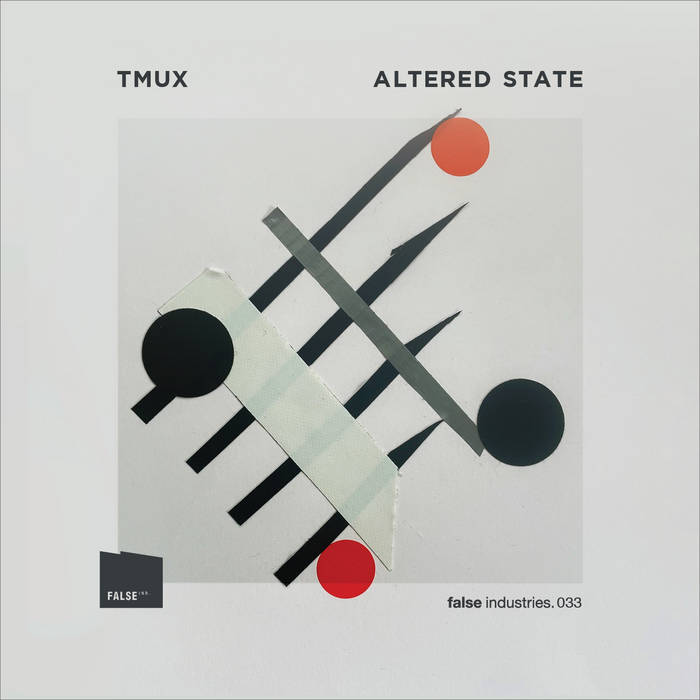 In the early days of Germany's COVID-19 lockdown, False Industries boss Yair Etziony wrote "State of Exception", finding a way to connect to his past as a drum & bass DJ in Israel and roll through the hardcore continuum until he reached the present. On "Altered State", Yair allows his friends to offer their interpretations of the material, while considering a rapidly changing world dense with misinformation, fake news and obscured subtext.

The album's title is a reference to Ron Trent's pioneering Chicago house classic 'Altered States', and the entire record is thick with veiled references and in-jokes. Initially, the project started as a lighthearted way to connect in lockdown, but developed into a sprawling, ambitious full-length as more and more friends got involved. By the time it was completed, Yair had received remixes from bass music futurists Shackleton and Appleblim, breakcore scientist Christoph Da Babylon, 12k's Pillowdiver, Heinrich at Hart's Goner, Swedish turntablist Slim Vic, T.U., and prolific British producer Maps & Diagrams.

Sam Shackleton's mix sticks close to Yair's formula from "State of Exception", slowing the science fiction-tinged jungle elements to a crawl and adding lurching soundsystem subs with cinematic drones. Christoph de Babalon's rework is even more apocalyptic, with smokestack pads obscuring tumbling breaks and grimy fx. It's not all doom and gloom though: Goner's clean and precise version is a dubby half-step joy, and Appleblim pushes the tempo up with subtle chopped percussion and weighty low-end.

Yair's own mix is the album's lightest point; the versatile producer uses the opportunity to explore a beatless mode, using psychedelic microtonal bells and gaseous atmospheres. And when Pillowdriver brings "Altered State" to a close, he dispenses with rhythm altogether, using subtle environmental recordings and overdriven tones to suggest awkward, unknown futures. It's a varied collection of tracks linked together by a shared narrative in an era when the future is harder than ever to visualize.