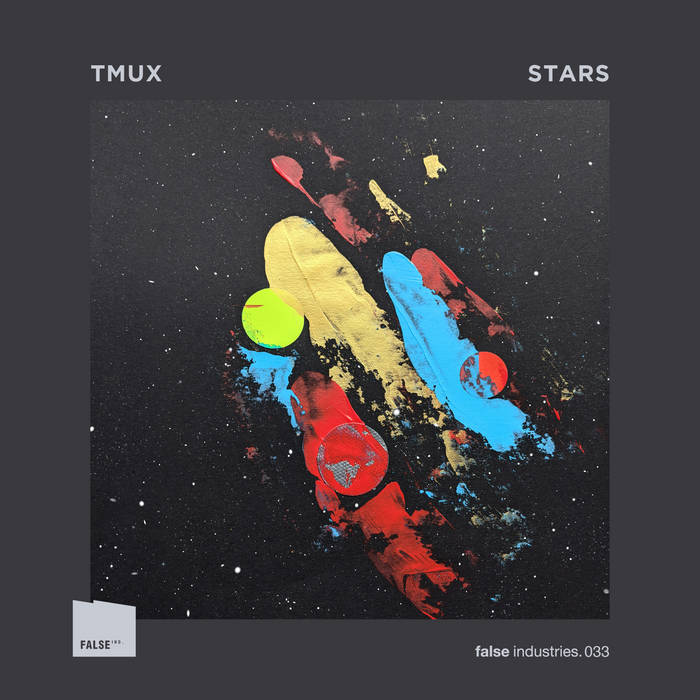 Yair Etziony's first album under the TMUX moniker - last year's "State of Exception" - developed as the Berlin-based artist and False Industries boss was attempting to rationalize his experience of the COVID-19 lockdown. Seemingly trapped in a world with a dissolving future, he looked to his past as a drum & bass DJ and his love of 1990s IDM, garage and Detroit techno to guide his escape.

On "Stars", there's less of a conceptual framework, but Yair again looks to his lifelong love of bass to inform the album's sonic landscape. More optimistic than its predecessor, "Stars" still retains a melancholy flavor that can be traced back to rave backrooms or chill-out spaces. Opening track 'Artificial Flavours (Euphoric Version)' illustrates this perfectly, with whimsical, minor-key pads wrapped around chugging chopped breaks like a comfort blanket.

Dedicated to False Industries graphic designer and Yair's good friend Tuvia K, 'King Tubi' makes the 1990s references far more tangible, using a chunky, blunted break and molasses-slow acid funk to remind of a world where it felt like anything was possible. But the drum 'n bass influence is still the most pervasive sound on "Stars" - 'Wasteland' and the album's closing title track are Yair's most upfront tracks to date, harking back to the precise techstep sound of Virus Recordings and Renegade Hardware.

All music was written, produced, and mixed by Yair Etziony, at the Aalto Viisi studios Berlin.
Mastered by Manes at Salz-Mastering
Artwork by Yair Etziony
Design by Tubi for Sound&Vision