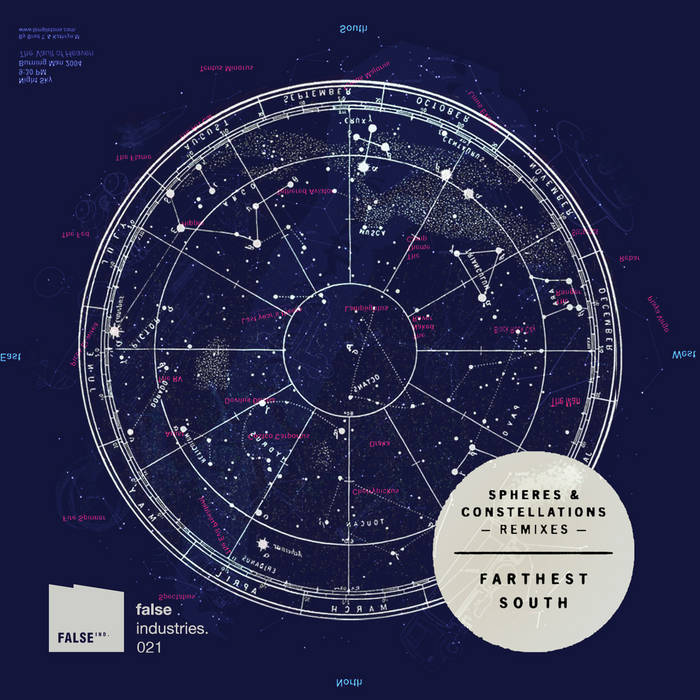 In 2013, Israeli band Farthest South (Barry Berko and Yair Etziony, Yair Yona) released the album Spheres & Constellations. Consistent of nearly 35 minute long track, the album tells the story of a journey into inner space through 3 spheres of consciousness - external, internal and eternal - to the essence of Being, that place at the core of every human where time and space hold no meaning.

There were a lot of good reactions to the album, and since its just a one-track album, remix EP seemed like a good idea.

The sight below (Rafael Anton Irisiari) who released under Ghostly and Room40 in the past adds small but intense melodies and textures sending the original cosmic release as a sweet and sour lullaby affair. Tim Martin (Maps and Diagrams) remix is a mammoth 17 minutes of pure psychedelic yet minimal ambient tune. Yair Etziony took a different root; his remix is 10 minutes trip of analog synths, arpeggiators and old drum machines.
Last but not least is Frank Bretschinder huge inspirations for me, with a minimal ambient remix, with only subtle use of beats that he so known about, instead Frank puts emphasis on textures and drones, making it a bit not usual but it still carries his trademark sound.