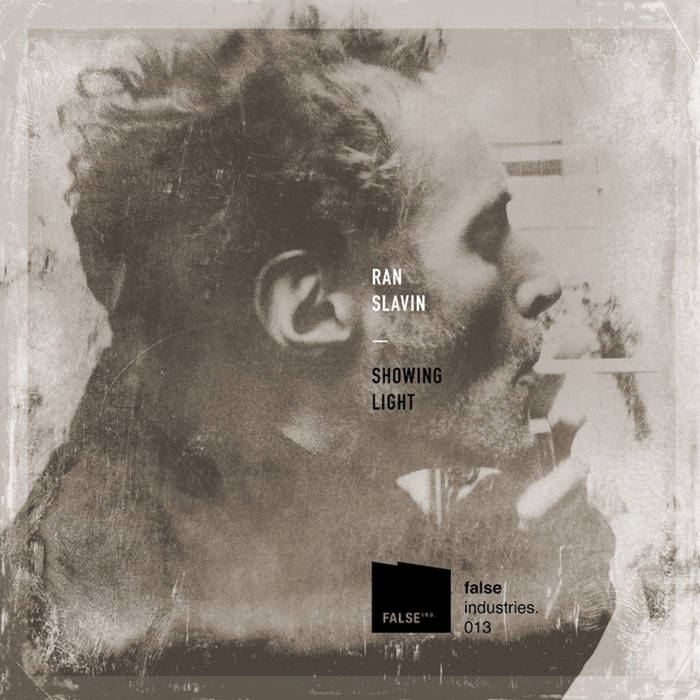 Ran Slavin, is a friend and an artist working in fields of music & visuals, he is a key member of the Israeli Avant-Music since the late 80s. We are very proud to release his new work Showing Light, which is his 10th release. Imagine a science fiction soundtrack to a movie that deals mainly with the characters psych and inner space, where human resources are mangling shreds of alien technology, welcome to showing light.

Showing Light, Ran Slavin's new and first release on False Industries consists of 7 texture driven tunes, The new full length is Ran's 10th solo LP and is a continuation to the line and style of material that formed his prior releases on label such as: Cronica, Sub Rosa and Mille Plateaux. Showing again his distinctive sonic palette, lush and distant ethereal transmission of sonorous drones and textures, that create a full blown cloud of shredded guitar parts and digital textures. An underground science fiction is feel, is bestowed throughout Showing Light. Soft and intense tracks full of drone reformed from dispersed shards into a panoramic cinematic canvas. This release is in dialogue with the silver screen. The tracks might be conceived as soundtracks from films, which only exist in memory.

Mastering by Manes at Salz Mastering.