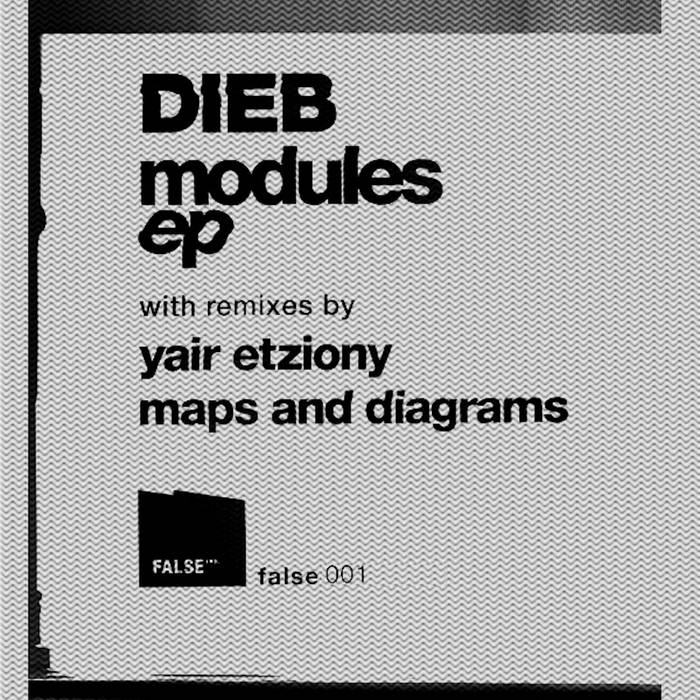 Dieb was born in 1978 and currently living in Berlin. He is making music for many years but he kept a low profile, doing mainly music for movies and visual art and polishing his production skills to perfection.

Since 2002 he is cooperating with performers and visual artists like tomi paasonen and tom neubauer. In 2004 he released his first and until now only vinyl release on the Italian label citymorb, Which was charted place 1 by magda and anthony „shake“ shakir and at place 2 of the hardwax-sales charts.

Module0 and module4, are deep techno tunes, Diebs sound design and production skills give him a personal edge and unique sound. Creating his own palette of sounds, which reflect the future and past of electronic music in a non conventional way. The tunes have big textures, reverbs, microsounds and enough hooks and heavy beats to keep the crowd moving in a party. Both original tracks combine influences from various styles and artists. One can hear shimmering ambient drones and heavy beats that brings to mind names such as Thomas Koner, Akufen, but mainly Daniel Bell and Robert Hood.

To spice it up a little bit we added two remixes, one is from Maps & Diagram (Tim Martin) a pruducer and label owner well known in UK electronica scene. Who added textures and shimmering sounds for his dreamy ambient remix, which reminds artists such as Gas and Fennesz. The second remix is by Israeli producer, Yair Etziony. Its slow electronic dub affair. With industrial feel to it, but with just enough warm and depth. to make the listener relax after a long day.