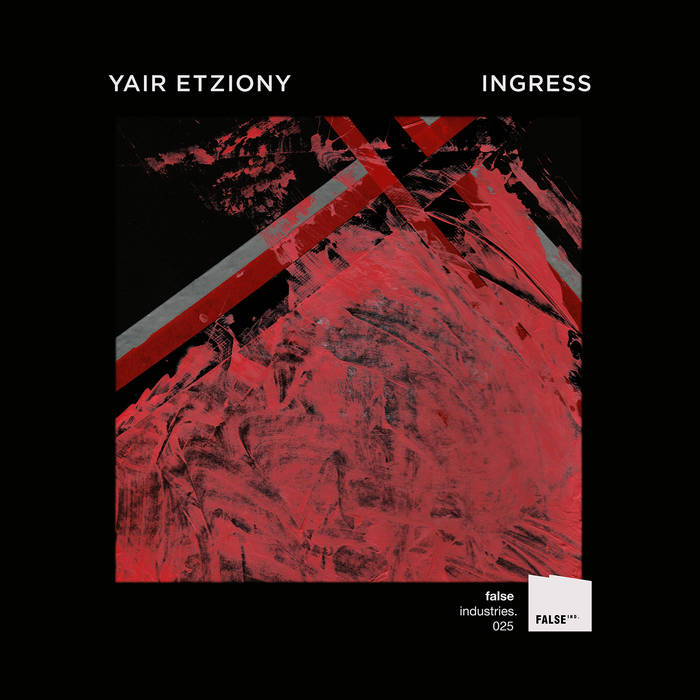 Ingress - The action or fact of going in or entering; the capacity or right of the entrance.
Yair Etziony continues his string of dark minimalistic releases with his fifth release for False Industries. Ingress takes over where his previous albums Deliverance and As Above So Below ended, it is a dark, cinematic effort, full of drones and sci-fi textures.
The album was recorded while Etziony was ill and had to be hospitalized twice. At the same time, he spent a week in Helsinki, Finland meeting new friends. This mixture of emotions gives the record its unique energy, deep ominous despair, juxtaposed with optimistic feelings.
For this album, Etziony used a wide array of analog oscillators, filters, low pass gates, mixers, and VCA’s the result is his best sounding album to date, with a heavy emphasis on the low end of the spectrum, and his heavy use of distortion as a musical instrument. For Ingress Etziony tried some new recording and mixing techniques, pushing the envelope with the way he uses preamps, reverbs and compression.
Etziony’s music deals with demise, ruins, death and decay. It seems like an obvious choice to deal with vast soundscapes of sub-zero worlds and the barren plains of ice, The effect is simple, desolate, immersive and full of life.