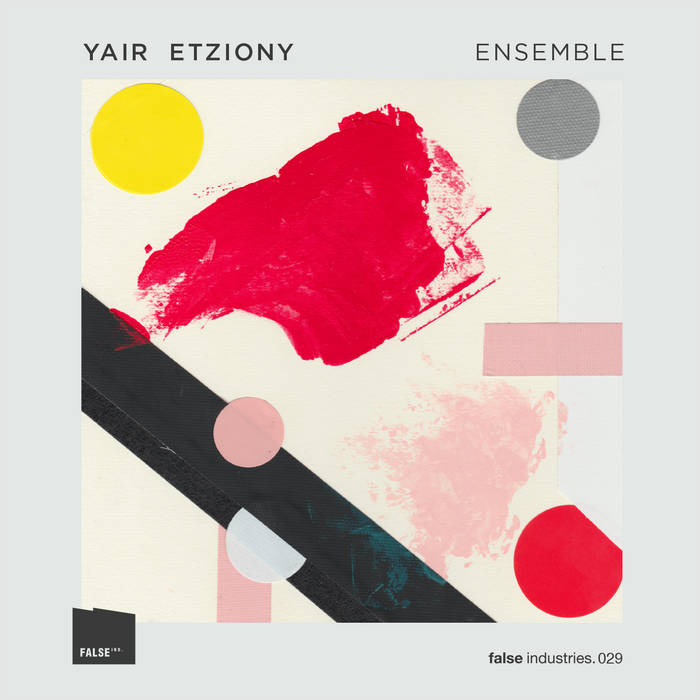 Ensemble- A group of items viewed as a whole rather than individually.

3rd part of the “Berlin Trilogy” takes a turn out of from the monochromatic darkness of the previous albums and descending into colourful sublime tranquility.

“In summer 2019 I took a week's vacation and I jumped downwards into my psyche. At that period I was mainly writing music and riding my bicycle around the city. I wanted to continue the concepts I formulated with previous records, “Deliverance” and “Ingress” and to further minimise those into the bare essentials. But after two days of work it pretty obvious that the music I wrote had a different tone, character, and mood than I expected. Instead of dark brooding minimal compositions, I heard colourful and musical string arrangements and even god forbid a few melodic ideas.
It slowly had occurred to me, that something ended and something new just started.”

Etziony changed the way he worked on the album, he returned back to tools which he did not use for many years, for example, Nord Modular and MAX/MSP. Unlike the previous albums, the emphasis shifted from analog sound design to the arrangement of strings and melodies. Ensemble still holds the dystopian feeling of the previous records but something else was added to mix, it might be acceptance or even a bit of optimism, who knows?

Ensemble is soaked with the atmosphere of 2019 Berlin, from its smokey traditional bars to the offices of newly formed startups. It takes almost everything the city can offer in 2019, and mesh into a coherent work.
The mix itself is bright, one might say burned a reminder for the hot and sunny summer we had this year. The album is influenced by the music of Claud Debussy, Erik Satie, and Gabriel Faure. Other influences might include GAS, Boards of Canada, Alessandro Cortini, Thomas Koner, ISAN, and Basic Channel.

All tracks were composed performed and mixed by Yair Etziony,
at the Handwerkerraum studio Berlin Germany in summer 2019.