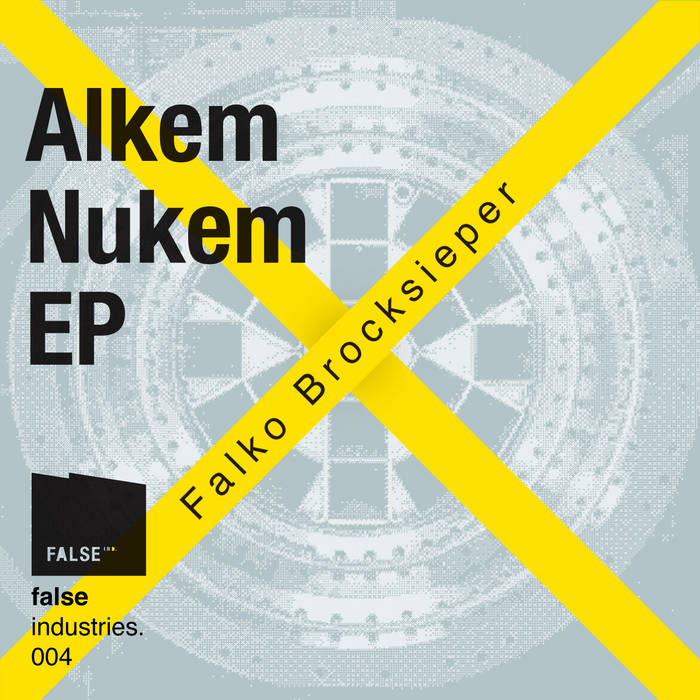 One of the innovators of the Sound of Cologne releases an Electronica EP on False Industries. Our 4th release is super special (like always), Falko Brocksieper, one of our all time favorite techno producers, strikes with some deep electronica tracks. After three releases from Berlin based artists, our 4th release is still from a German artists but one who is known for being on of the originators of the sound of Cologne.

Falko Brocksiepers first vinyl record was released in 2001 on Sub Static label, which he founded in cooperation with Mia Grobelny at that time. Further releases quickly followed on labels such as Treibstoff, Tuning Spork, Resopal, Dumb Unit and Tongut. In 2003 he put out his first album Hoax Deluxe, refining his style between hypnotic minimalism and an edgy analog sound. With his unique sound, he became high in demand as a remixer and produced remixes for Akufen, Basteroid, Gabriel Ananda, Dirt Crew, Sid LeRock, Dapayk & Padberg, Benjamin Fehr and many more.

In 2003 he founded his second label, Karloff Recordings, with the intention of providing a separate playground for more experimental musical approaches to techno and house. With over 100 releases altogether so far, Sub Static and Karloff have become renowned brands in electronic music today. Since we have to be special, we asked him not for a techno release, but something else. Falko responded fast with some lovely Electronica tunes. All Eps on False Industries come with a wide range of remixes, and Alkem Nukem (names of German companies who construct, atomic reactors), is not different. There is something for every one here.

First remix comes from Mark Van Hoen AKA Locust, Mark's album on CCO was one of our favorite ones in 2010, and were very proud to see him take part in our little endeavour. He adds breakbeat and analog sequences to Westfalia, making it very tense, very with a heavy node to early 90s sound, but keeping it fresh. Seconded remix comes from repair, the brothers Matt & Matt Thibideau from Canada. Known for their warm analog sound and deep techno, The sound of their remix is nothing but out of this world.

Third remix, is from New York based Morgan Packard. His two albums on Anticipate were very welcomed here, and his remix takes the original mellica and adds his own trademarked microdub sound and beats. Last but not least are Benjamin Fehr and Lenique who took Mellica and actually made it into a weird and eerie dream like electronic music, one might say with some popish ideas coming and going.

Mastering by Chris McCormack
Artwork is done by Tuvia Kudashevitz